Sclerotherapy is useful in treating spider veins through injecting a solution directly into the vein. It is particularly effective in treating these smaller veins, and it has shown an overall success rate of 50 to 80% in eliminating treated veins.

The solution used in sclerotherapy causes veins to scar and collapse, which forces blood to reroute through the healthier veins. The collapsed vein is then reabsorbed into tissue and eventually fades.

After treatment, veins tend to fade within a few weeks. Sometimes it can take a month for results to be visible. In addition, it can be necessary for several treatments.

What are the Benefits of Sclerotherapy Treatments?

Sclerotherapy offers a variety of great benefits, including: 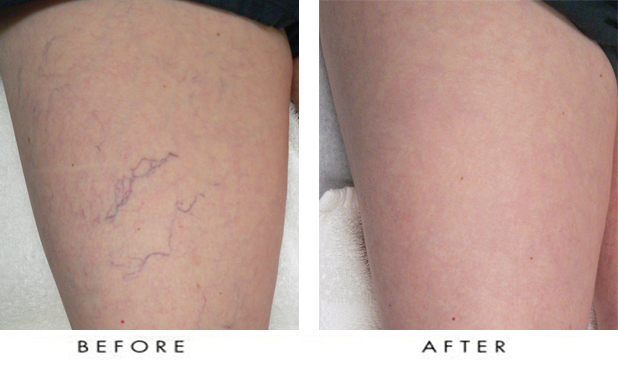 Our Esthetician Services in Aurora, CO:

*For security and spam reasons, we run email addresses through an authentication process after you press the submit button. Your submittal can take up to 20 seconds to process, please be patient. You should see a success message shortly.

Ready to look as young as you feel?